Rent Stabilization Fails to Target Those in Need

Rent stabilization is a transfer from those who own rent stabilized units to those who live in such units.  As such, it is not a specific redistribution from high income households to low income households, but rather a random distribution from owners of various income levels (who can range from middle-class owners of one unit to large holders of private equity or REITS) to renters of various income levels. 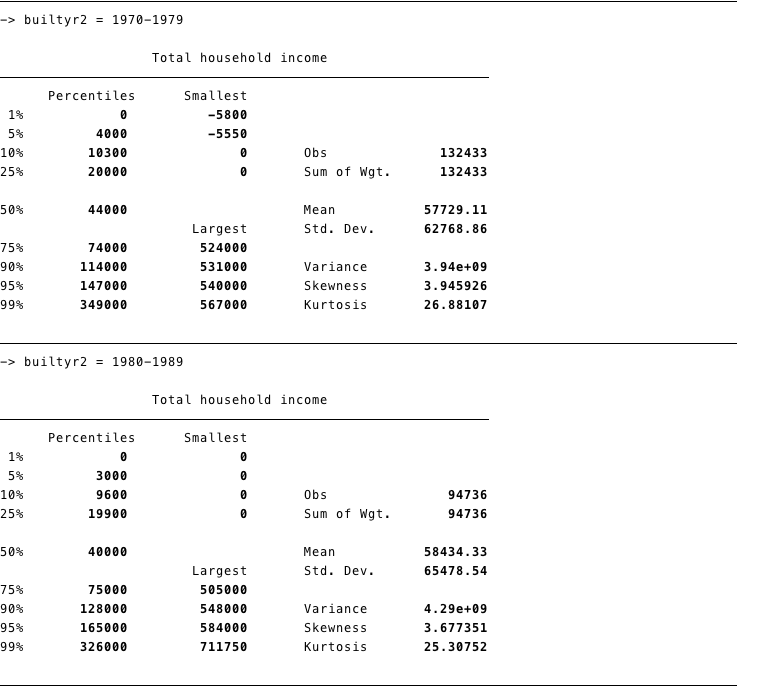 Note that the median income of those in (largely) rent stabilized units is higher than those in units that are not stabilized.  Also note that the incomes at the 75th percentile are nearly the same.  At the 90th percentile, people in 1970s vintage properties have a lower income than those in 1980s properties, but their income is still rather high (i.e., it is a reasonable question to ask whether households who make $114,000 a year or more should be receiving a housing subsidy).

Taxing people of means (which we can identify) to provide housing subsidies to those without is good policy.  It is the correct way to help those whose income is insufficient to pay for adequate housing.

(p.s., whenever I post something like this, I welcome any and all attempts to reproduce it.  I makes mistakes!).

Posted by Richard Green at 4:05 PM No comments: