For those that think homeless people migrate to warmer climates....

....here is a scatterplot of the Census 2017 homeless count per capita against mean January temperature by state: 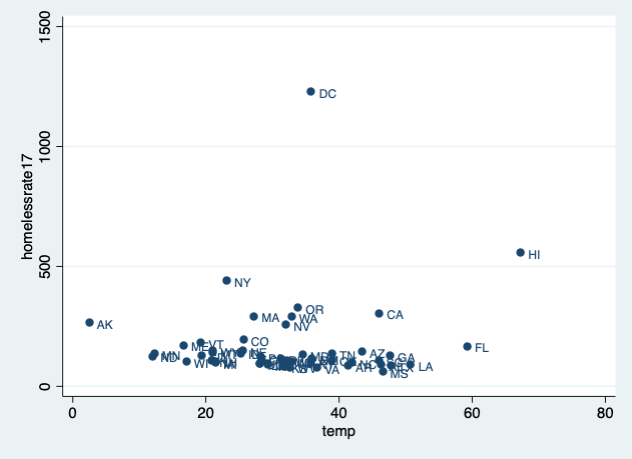 See a correlation?  No?  That's because there isn't one.

Update: David Albouy asked me to look after controlling for urbanization.  Here is what I got:

Homeless people do tend to congregate in more urbanized states.  But again, climate has nothing to do with propensity for homelessness.

Posted by Richard Green at 9:42 PM