So after reading Paul Krugman's prediction that Texas was vulnerable, I did two things I should have done before.

First, I looked to see whether the share of jobs in the mineral industry in Houston now are any lower than they were in 1986 (the first year for which I could easily download data).  The answer is that, if anything, it is slightly more reliant now.

Second, I plotted the unemployment rates for Houston and the US against real oil prices.  This is what I found: 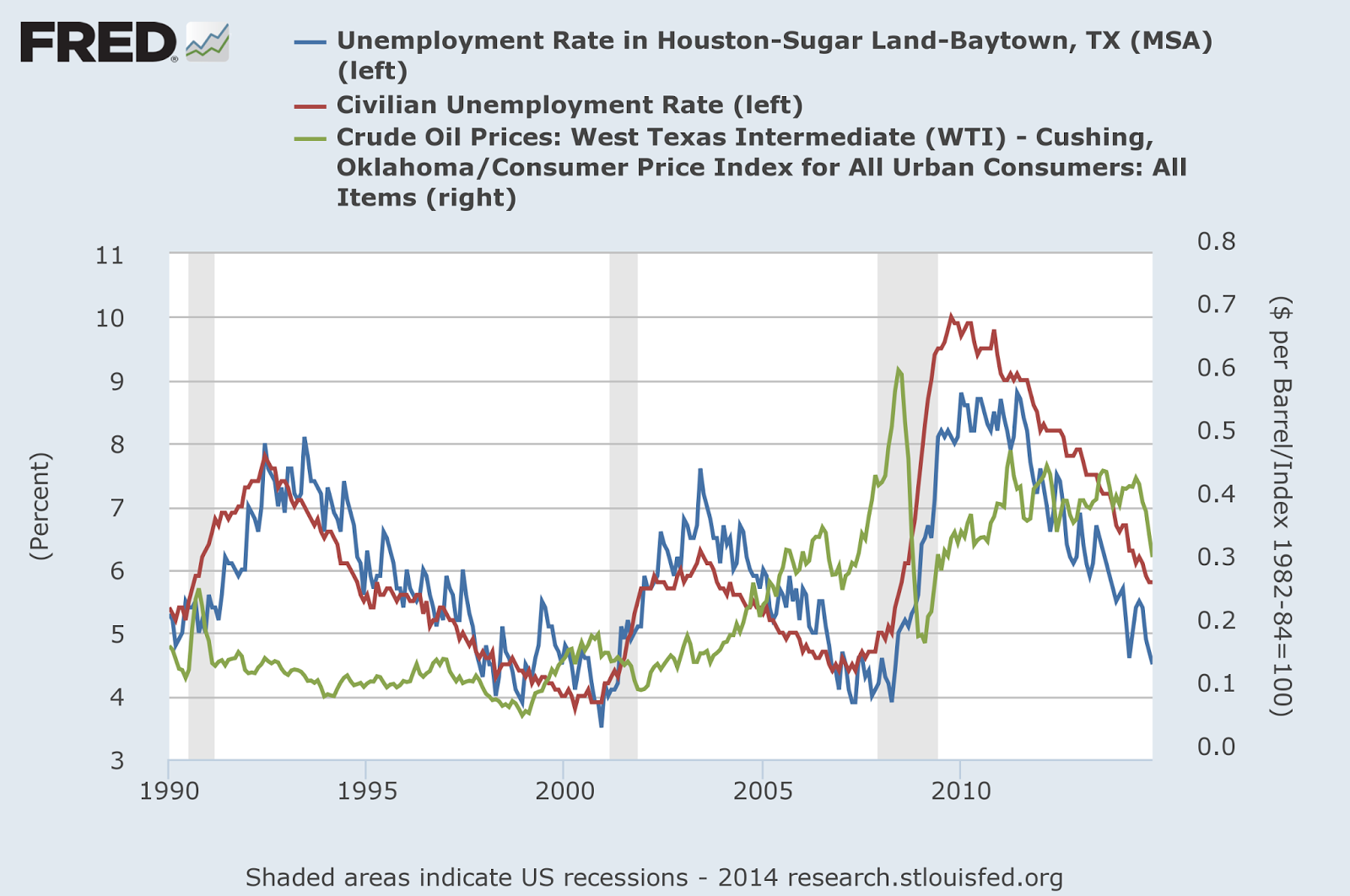 Two things: Houston's unemployment moves with the business cycle (so the stronger US economy should help it), but also that the relative unemployment rate of Houston fell as the real price of oil rose between 2000 and 2007.

We can summarize this in a regression:

The t-stat on the coefficient on real oil price is 11.  So what this approximately means is that a 50 percentage point drop in real oil price will produce a 0.41 percentage point increase in Houston's unemployment rate.  Now this is all descriptive, and is not a serious model of the region, but it nevertheless provides evidence that Houston's relative employment performance has been affected by oil prices. Given that Houston it is as reliant on energy for jobs as ever, it probably will continue to be affected as well.

Posted by Richard Green at 1:00 PM