Housing really is harder to afford

I have enjoyed reading Michael Kinsley's stuff for as long as I can remember.  The problem is that he inspired a group of young people to value cleverness and contrariness, and so we get stuff like Kevin Drum in Mother Jones saying that housing costs are not rising at an alarming rate.

Allow me to present two pictures (and again, let me acknowledge the people at IPUMS for making it easy to use census and American Community Survey Data).  The first is median rent to median renter income for about 225 MSAs in 2000. 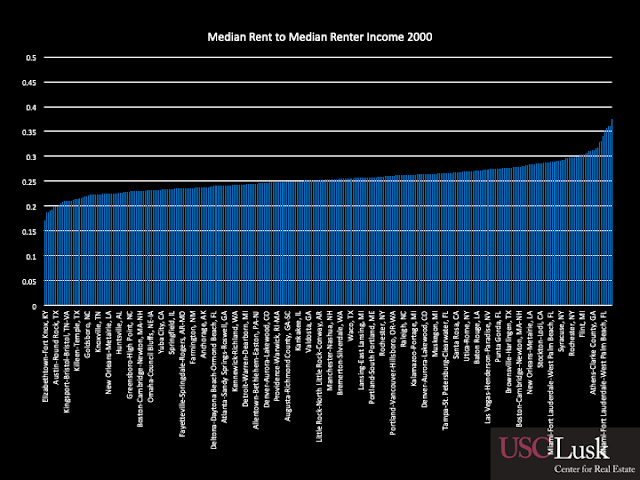 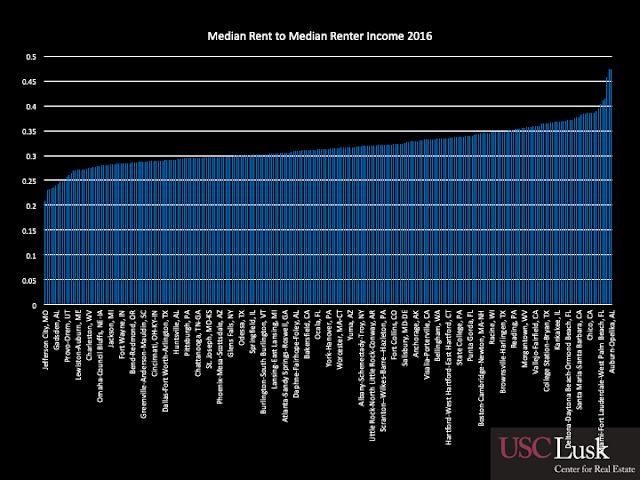 Posted by Richard Green at 4:22 PM